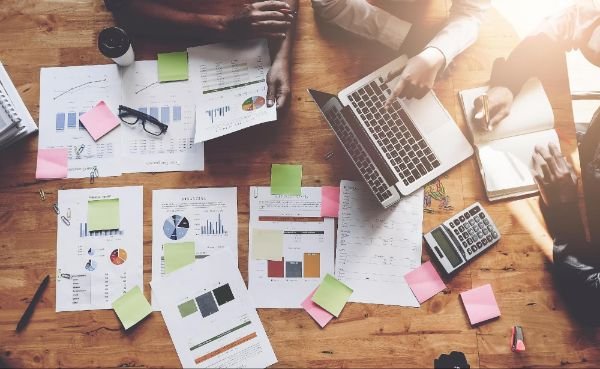 Illustrations, interfaces, games, interiors – a designer can work in many different areas. Let’s understand the subtleties of modern design professions and get acquainted with the design of the future. We will talk about the most popular design professions, what digital artists do, and what you need to know to create useful content.

The graphic designer is responsible for visualizing information. He develops corporate identity, makes advertising banners, and packaging layouts, and can do the layout of magazines and catalogs.

The work of a graphic designer is a lot of creativity, but also enough routine. Will have to carefully cut out objects, clean images from visual debris, and pick up colors. Also, a graphic designer needs to be prepared for the fact that he will have to negotiate with clients, present their projects and make changes.

What you need to know and be able to do:

An illustrator can create covers and drawings for books, design magazines, advertisements, posters, stock, and games. Illustrators create sketches and drawings both with graphic editors and using natural materials.

To become an illustrator, you have to be able or want to learn how to draw. Because, first and foremost, an illustrator is an artist. An illustrator must have imagination. He often has to work in different genres and embody the idea in several variants, among which the customer chooses the appropriate one.

A font designer deals with the visual design of fonts. He can make sketches by hand, and the results of his work can be digitized and corrected by graphic editors. The designer understands the context for which the font is being developed and can match it to the objectives of the project.

This specialist works with forms and subtly feels their compatibility, seeing even the most insignificant details of signs. Therefore, to become a font designer it is necessary to know well the history and peculiarities of fonts. Many designers gradually form their style of design, collect their collection of fonts, and can earn on their sales.

In addition to graphics editors, 3D-designer need to master the whole cycle of development of three-dimensional graphics. It is important to have high-polygonal modeling skills, as well as skills in post-processing in graphics editors such as 3dMax, Maya, or Cinema 4D.

Digital design is a new generation specialty, it combines the base of graphic design and information technology. A digital designer develops a design for websites and mobile applications and digital advertising products.

What you should know and be able to do:

Let’s list the most in-demand professions in the field of digital design.

A web designer creates user-friendly and pleasing to the eye websites. His job is to get users interested in his product, motivate them to use the service, stay on the site, make purchases, and want to come back.

The profession is at the intersection of information and graphic design. A specialist combines knowledge of web development techniques, artistic talent, and the basics of typography. A web designer must understand how a site works from the inside and how to convert code into a graphic element. He needs to master Adobe Photoshop, Adobe Lightroom, and Adobe Illustrator. As well as editors for creating and designing websites like Figma or Sketch. The profession is not easy to learn, but you can always get help from custom capstone project writing service to figure it out.

UX designer creates buttons and menus and works with illustrations and fonts. He thinks through the layout of the interface elements and tests the prototypes on the target audience.

His main task is to create a user-friendly and understandable interface that will leave a positive impression of working with a program or application. Therefore, he needs to have prototyping skills. Analytical skills are important in the work of the UX/UI designer – he studies the habits of users and predicts their behavior. Then the designer analyzes the feedback from users and improves the product based on it.

A full-stack designer works at the intersection of web design and full-stack development. He researches the user experience, develops prototype designs, and tests the development result. Such a specialist is capable of developing a product from scratch. At different stages, he can act as a designer, developer, or even a project manager.

Large companies are usually interested in specialists who can cope not only with their work but also easily replace an employee who has dropped out of the project. To become a full-time designer, you need to master web development, prototyping tools, design, and visual design. And also understand how the interface of a digital product and its program code interact.

A motion designer studies the target audience thinks through the storyline and selects the technology to implement the project.

This type of design combines an animated storyline, text, and sound effects. Widely used in film, animation, video clips, advertising, and even in interactive projections. The specialist should be familiar with the basics of color and composition, can search and process information, and have skills in graphic editors and programs to create 3D animations.

The Game Designer is responsible for the creation and design of game worlds and characters. He studies and analyzes the game market, comes up with ideas for game content, and prescribes the plot and game rules. The highest level is if a game designer can prescribe a financial plan for investors and make a summary of the technical characteristics of the entire future game.

To become a game designer, you need to be well versed in the technology and trends of the game world. Not just to create game products, but to know how to attract the audience to them. A game designer also needs to know the basics of programming to convey his idea to the developers. More often than not, avid gamers enter this profession.