Some movie posters have become known (in the design and graphics community at least) to be appreciated and revered as much as the movies they advertise themselves. Iconic standalone pieces of art in their own right, these kind of posters have all had some part to play in cementing the iconic status of the corresponding film.

Horror movies and thrillers in particular have produced some of the finest movie posters we’ve ever seen. The element of mystery, the hints of horror and the teasing of what’s to come make a perfect recipe for a fantastic movie poster. The Mill Shop recently decided to rework some of these iconic horror movie posters as felt creations. Take a look at what they came up with! 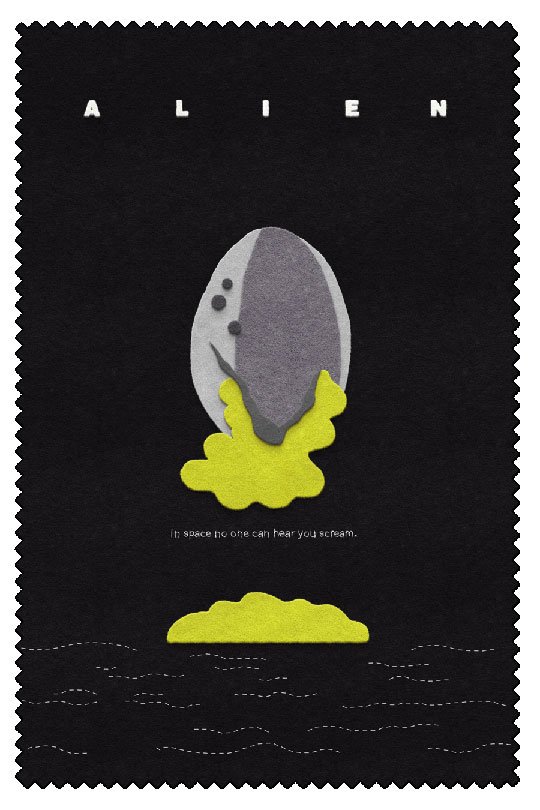 The 1979 genre-defining film Alien lives on in cinematic history decades after its release and pushed the science fiction genre further into the monolithic beast it is today. The minimalist movie poster was also recognised for its artistic merits. With such simple imagery, it draws your attention, piques your interest and conveys the mood and feeling of the film. A masterpiece. 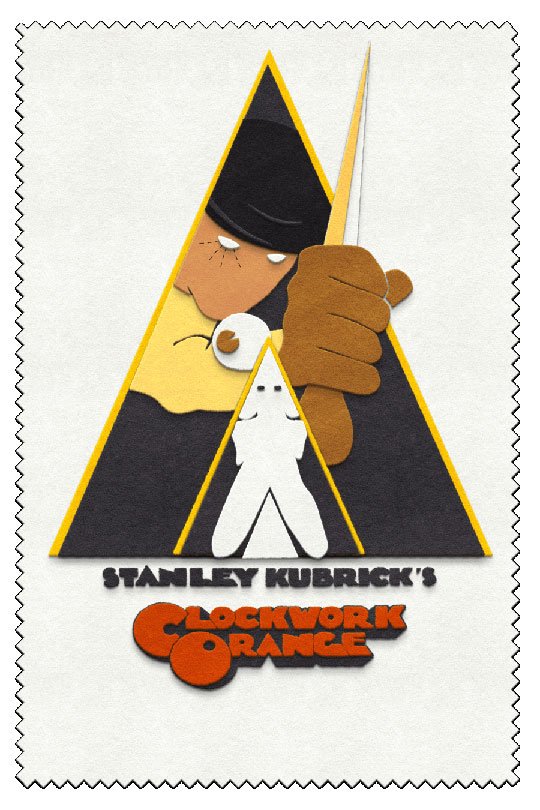 Stanley Kubrick’s adaptation of A Clockwork Orange continues to inspire and influence today. The striking visuals of the film are matched by its equally striking movie poster. Made painstakingly by hand in a pre-digital world, this poster is one of the most recognisable and iconic of all time. The felt recreation adds a soft edge to an otherwise dark and sordid tale. 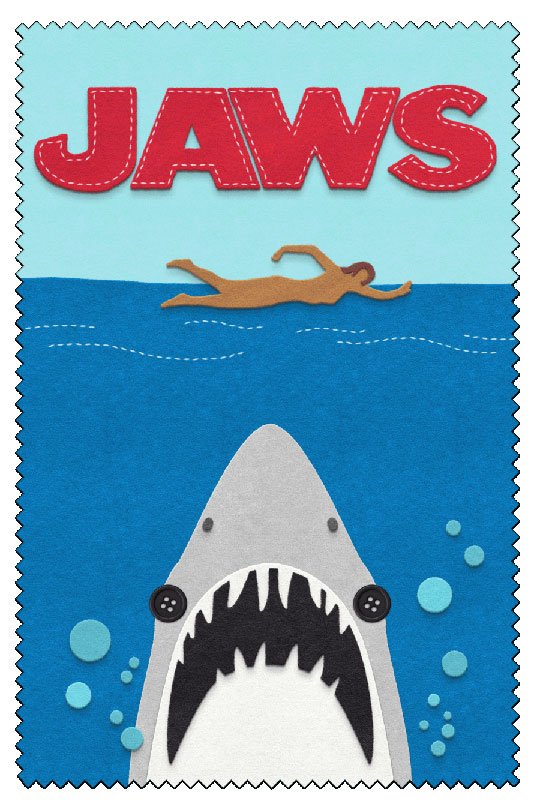 What else can be said about Jaws that hasn’t already been said? The film looms large in popular culture today and its success is defined by its simplicity. Its theme song is iconic in every sense of the word and yet so simple. The same goes for its famous poster – conveying everything you need to know about the film in a striking and pulse-raising manner. 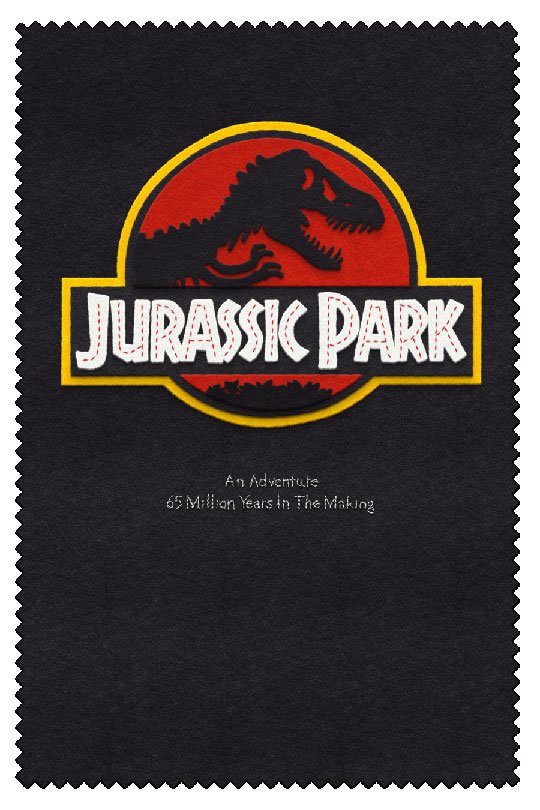 The release of the first Jurassic Park was surrounded in such hype and secrecy that its movie poster was designed to keep that hype building and it did so fantastically. Keeping things simple and with a tagline so perfect, the graphics of this poster live on as a masterclass in imagery. 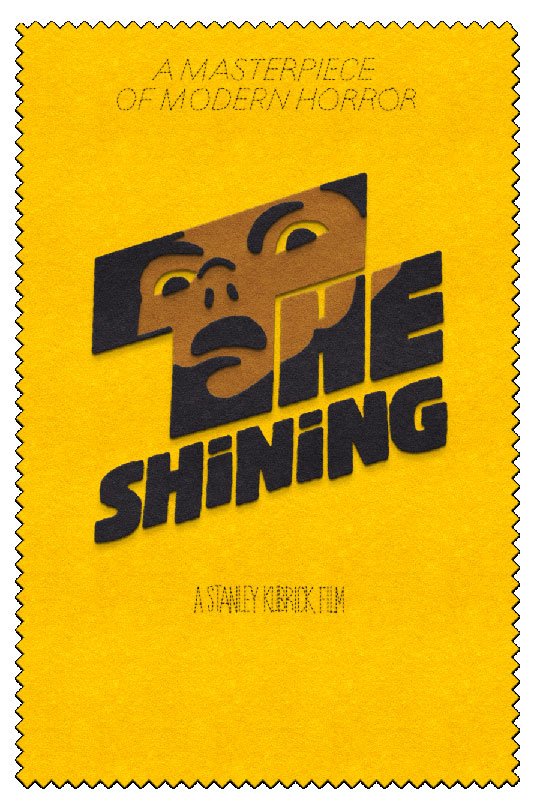 Another genre-defining film, Kubrick’s The Shining is given a new feel with this felt rework of the movie poster. Another testament to the powers of minimal imagery and how much can be achieved with so little.

The Silence of the Lambs 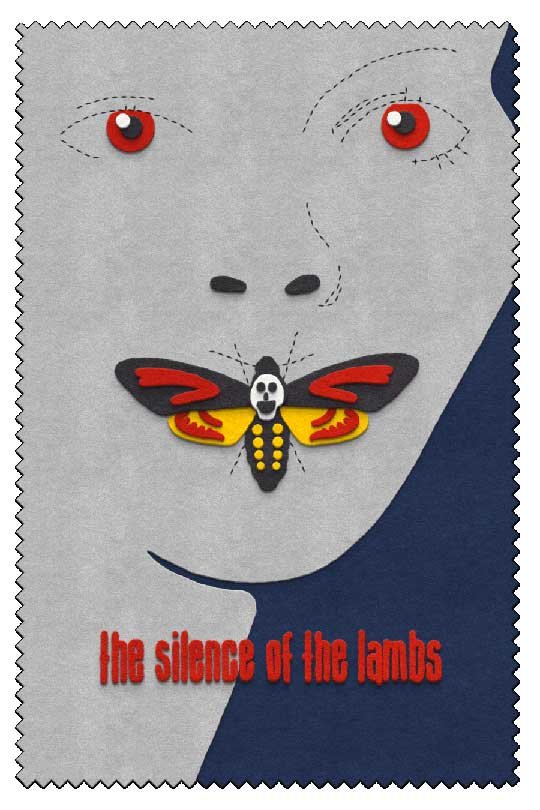 The only thing as indisputably striking and iconic as the ‘nice Chianti’ line in The Silence of the Lambs is the accompanying movie poster. Telling a story through its colour palette and making references to high art and themes in the movie, this poster won awards of its own accord. 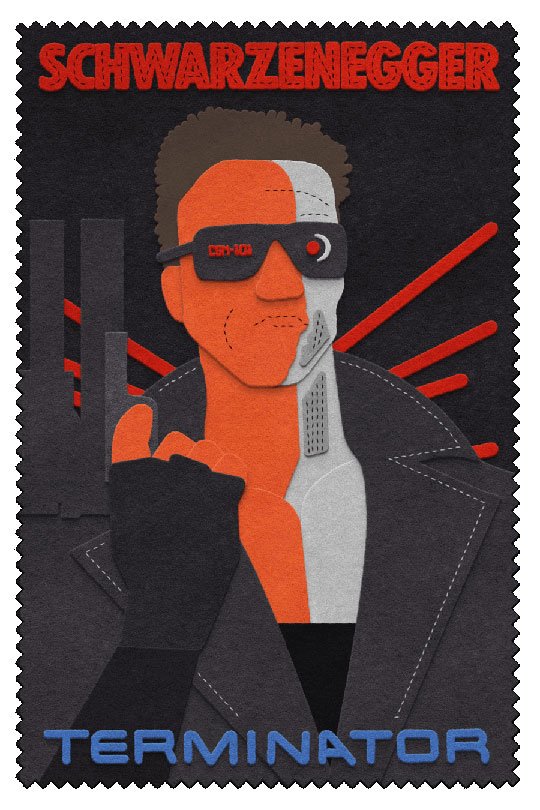 Hitting all the themes of the movie perfectly in one striking image is The Terminator’s macho poster. Arnie’s bare chest. Popped collar on the leather jacket. Big gun in hand. Sunglasses. The reworking in felt gives this ode to masculinity a softer touch.