Creating videos has become a lot easier nowadays, with more convenient methods to record video footage as well as user-friendly video editors. However in spite of that there are still significant challenges involved, and many beginners often make several common mistakes.

To avoid these mistakes, you first need to be aware of them. As such, the 4 most common mistakes that you need to watch for are:

– Videos with too many messages
All too often people try to stuff too many messages into a single video, diluting it and making it unfocused and far less effective. Ideally the correct number of messages for each video is just one, so that the entire video can be tightly woven around it.

– Poor quality audio
If you get too caught up in your video and its quality, it is easy to forget that there is another component that you need to think about: The audio. If your audio quality suffers it will drag down your whole video, so you should make sure the microphone you’re using is able to capture high quality audio – and minimize outside sources of noise.

– Bad cuts
It is normal to cut your video in certain ways when compiling it, either to move it along, switch to a different setting, or for some other reason. However all too often the wrong types of cuts are used, or they are implemented poorly – which can cause the video to lose its flow. It takes experience and skill to cut a video well, but as a starting point learning about common cuts such as the jump cut or L and J cut should help.

– Cramming in visual effects
It goes without saying that you’ll want your video to look good – but beginners often end up cramming in too many visual effects in an effort to accomplish that. That tends to have the opposite effect, which is why you should ensure that you use visual effects tastefully to accentuate your video. 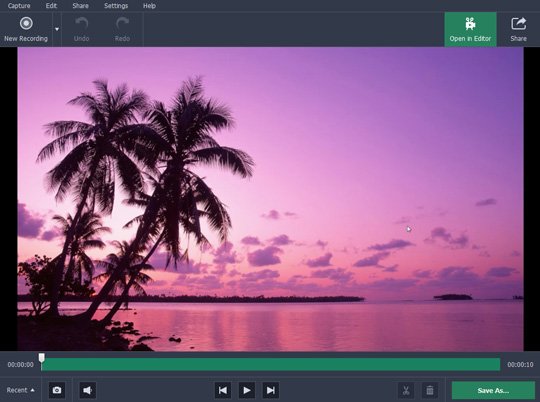 Now that you know the most common mistakes when creating videos and how to avoid them, you should be able to start on the right foot. One way you can start creating videos right now is by using Movavi Screen Capture Studio to record the footage that you need from your screen.

Not only will Movavi Screen Capture Studio provide you with a capable screen recorder on Windows 10, but has its very own built-in editor. With its features you can trim out unwanted footage, enhance the video quality, transform the frame and orientation, apply special effects, add audio tracks, and much more.

Keep in mind the mistakes highlighted above when you’re planning, recording and editing your video using Movavi Screen Capture Studio. By being aware of the potential issues you should be able to deal with them, especially by using the features that are in the editor to tidy up the footage that you record and fix most of the issues with your videos.