To the average person, a digital image is nothing more than graphics on a screen. They see the image in the format that it is intended and the style in which it is presented; they take in the content or purpose of the image; and they move on without ever considering the complexities of design or digital imagery.

It is only when the image is blurry, improperly scaled or otherwise unclear that the average individual may delve further into the concept. Other cases when one might start to take an interest are when businesses or entrepreneurs wish to display a certain logo or an image on a website or printed material, and they may need to further educate themselves on the specifics and intricacies of different file formats. Whatever your reason may be, if you have decided that it is time to learn about vector artwork, you have come to the right place.

What is a Vector Image?

A vector image is a specific type of image format that is more complex and more flexible than traditional bitmap images. The term vector graphics is derived from a concept of physics, in which a vector is a representation of both a quantity and a direction at the same time. But don’t worry, you do not need to understand advanced physics concepts to understand the basics of vector graphics, and there will be no physics on the final exam.

In graphic design, vector graphics deal with the creation of digital images through a sequence of algorithms, commands or mathematical statements that place designated points, lines, curves and shapes into a given two-dimensional or three-dimensional space. The result of the artist’s or creator’s work will be a file that is saved as a sequence of vector statements. While this system may seem complex, the file that will emerge will be much simpler and the file will be much smaller than traditional image files.

Vector files (also known as geometric files) can be created with design tools like Adobe Illustrator and CorelDraw. Before it is displayed, the vector file can be converted into a raster graphics (also known as bitmap) image so that it can be easily ported between systems.

What is the Difference Between Vector and Bitmap Files? 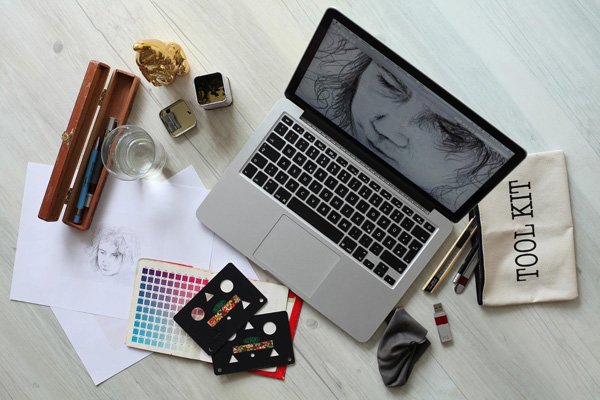 These files create images by designating and displaying individual bits or pixels on a screen which combine to develop an overall image, unlike vector images which rely on specific series of mathematical formulas which can then be converted into any format. Raster images can be created using programs like Adobe Photoshop, Windows Paint and several other similar applications.

In addition to the significantly reduced file size, vector images do possess several other qualities that can make them more easily adaptable and beneficial than bitmap files. The most common advantage deals in the scalability of the image, meaning instances in which the size of the image is increased or reduced.

Because vector images rely on algorithms– and not individual pixel patterns– to create an image, the size, shape and other elements can be changed without a loss of quality. On the other hand, bitmap images that are enlarged will become blurry and lose any crispness after a certain point.
Now that you’ve gotten more familiar with vector artwork and have learned to differentiate vector files from bitmap files, you have seen that you don’t have to be a digital art expert or an advanced physicist to be able to grasp the concept.