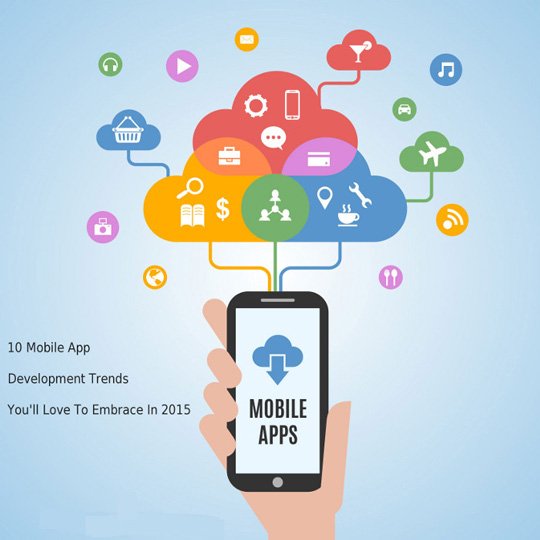 The Mobile App Development industry is evolving with each passing year. While the year 2014 witnessed smartphone and smart tablets maturing into wearable gadgets and Internet of Things(IoT), new things would be seen in 2015. If you’re a developer who’s looking for new ways of developing remarkable apps, then this is a post which will make you familiar with top ten mobile app development trends. Hope a serious adherence to these trends would help you in developing high-end mobile apps for varied audiences.

The Utilities market will get matured

The utilities market that includes multimedia players, antivirus programs etc. will also be maturing in 2015. In simple words, all the computer utilities will witness a remarkable advancement in terms of their overall performance. It is the business model that’s followed by these utilities which has lead into a visible maturity of this domain.

Large screens will continue to rule the smartphone world

With the large screen fever still on, app developers would be expected to build apps that can run smoothly on a variety of devices with large screens. As per a recent market research, it has been found that the sales of smartphones with smaller taller than 5 inches will continue to witness a hike of 209% in 2015 and the years ahead. So, it can very well be said that the large screens phenomenon would actually change the way people would be interacting with their gadgets.

App Store Optimization would continue to remain the ‘King’

Today, a huge population of marketers have thoroughly understood the significance of organic users as compared to the users/customers that are acquired via numerous paid channels. Hence, the year 2015 will have the marketers focusing on organic users and App Store Optimization(ASO) for ensuring 100% success of their mobile applications.

Native apps will witness a downfall

In 2015, the mobile industry would see the rise of innovative mobile platforms. This would result into a rapid decline of the native applications. With app designers getting familiar with the atrocities of native apps, the native app development market will cease to exist. Especially in the world of business, cross-platform mobile apps would be replacing the traditional native apps.

The Rise of Mobile Gaming

While the year 2014 saw the mobile games moving from single player to multiplayer, 2015 will see the rise of cloud-driven mobile games. Since mobile games would require regular updates, managing them via a cloud architecture would be regarded as an excellent strategy. Moreover, the rise of multiplayer games would also introduce social media integration within different mobile games, allowing users to share their scores etc. with their friends, family and colleagues.

Biometric security system would become a must-have for smartphones

2015 will witness a commendable rise in biometric security systems within smartphones and smart tablets. Hence, as an app developer you’ll be expected to build apps keeping in mind the use of thumb impressions and retina scanners that would be utilized for gaining access to a particular app. For instance, a huge count of financial institutions have started employing biometric security measures like facial recognition in their mobile apps to ascertain complete security of the end user.

A big ‘Yes’ to mobile payments

While 2014 saw a rapid rise in mobile payments, the scenario will remain the same this year as well. With the release of Apply Pay, even the other biggies like Samsung would continue to delve into processes that are associated with making mobile payments a lot more flexible and simple. Apps such as Android’s Android Play and Wal-Mart’s CurrentC would introduce complete ease and security in making payments via a mobile device.

Since mobile devices would continue to be an ubiquitous platform, a clear strategy for app development would turn instrumental in the creation of laudable mobile apps. Hope the trends explained above would encourage you to dive into the world of mobile app development with a whole new zeal. 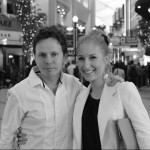 My name is Savy Nacion. I am a Technology Specialist. If you need any assistance while looking for mobile application development then Hire an App Developer to get top quality of development services.