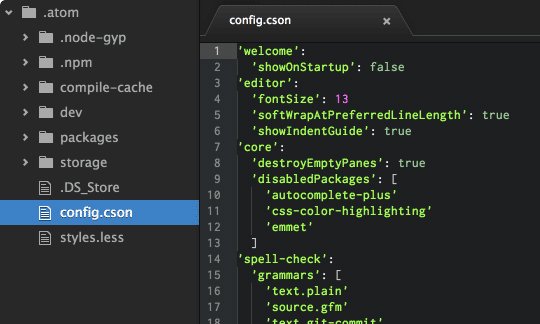 A tool you can customize to do anything, but also use productively on the first day without ever touching a config file. Atom is modern, approachable, and hackable to the core

Atom is a desktop application based on web technologies. Like other desktop apps, it has its own icon in the dock, native menus and dialogs, and full access to the file system.

Open the dev tools, however, and Atom’s web-based core shines through. Whether you’re tweaking the look of Atom’s interface with CSS or adding major features with HTML and JavaScript, it’s never been easier to take control of your editor.

Atom is composed of over 50 open-source packages that integrate around a minimal core.

Atom comes loaded with the features you’ve come to expect from a modern text editor. Here are a few of them:

Atom will automatically update when a new release is available.