The much awaited version for Joomla CMS – Joomla 3.0 was scheduled to be released in September. Now a date has been set. According to Joomla.org the new version will be released on 27th September, 2012, while the beta version has already been made available. It is however interesting to go through the feature preview of Joomla 3.0. They are quite promising and take Joomla website design and development further.

To greater extend the awesomeness of Joomla CMS has been increased with this version, much to the delight of site administrators and developers. But you can’t negate the fact, that adequate planning is required on your part to understand the impact of this new version on your site. Here is a comprehensive sneak peek into Joomla 3.0.

To begin with, you’ll find a total overhaul of the user interface. The second most important thing is Joomla CMS going mobile, which diversifies its capability. This is being made possible by implementing Bootstrap framework that’ll make Joomla website more mobile ready. This aims to create more responsive designs and interface to maximize efficiency.

Enlisting Bootstrap framework into its feature means Joomla 3.0 opens door for designers to develop exceedingly creative templates. While the programmers can build more feature packed extensions for a more consistent site presentation. Joomla 3.0 also decks the administrator interface significantly by simplifying usability and easing content creation and its management.
The features just don’t limit here. Other feature specks for Joomla website developers and designers which make this version better and stronger include:-

What You Need To Do?

Well, foremost it’s planning that all site administrators and owners need to do. A genuine effort has been made to make upgrade as simple as possible. Yet the presence of entirely new interface will bear its effects on templates and extensions. So whilst the new version is released start checking for various other updates.
Keep track of the latest updates made by the extension developers for this platform. While most Joomla development services and developers have already or will be making necessary changes by the time new version is released. You can get in touch with extension developers for your site and enquire about the latest developments.
For those who are already using Joomla 2.5 need not worry. The Joomla 2.5 version is stable and Long Term Support (LTS) release. It will be getting 18+ month support for Joomla community. So site administrators using 2.5 have time and flexibility to wait for the upgrade.
However, for those still using Joomla 1.5 things could become pretty difficult. This version has reached it EOL (End Of Life) with support for it ending this year. This means no more bug fixes or security updates for this version will be available. However a unique Joomla Lifeline Program extended by CNP Integrations is available for 1.5 sites. Under this program you can keep receiving updates for security and stability till the time you are prepared for an upgrade to a better platform. 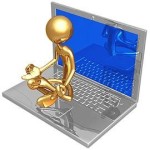 Smith Warne’s love for technology and gadgets kindled quite early. But it was not until he got an academic degree in journalism did that love flare into a passionate hobby. He is chirpy by nature, an uncanny street photographer and avid guest blogger. He mainly writes about Joomla development services,Joomla website design, UX, Joomla website development and newest gadgets. Sweetened tea, bitter chocolate and good books keep his creative juices ticking