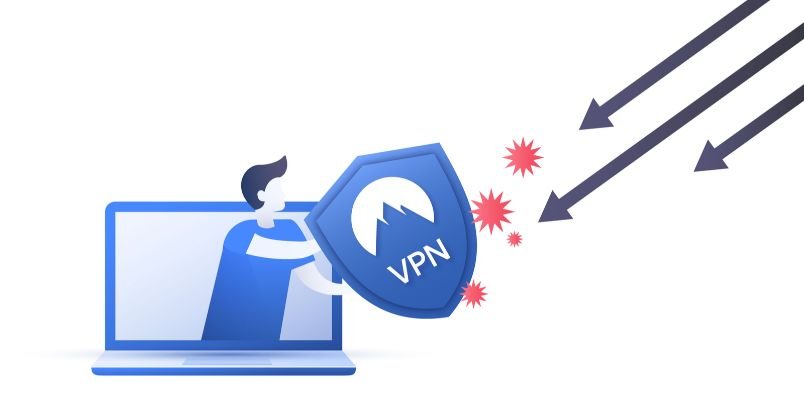 With international borders opening up again following the devastation caused by the Covid-19 pandemic, there are thousands of travelers looking to get abroad and explore new countries. We’ve all missed international travel, and everyone is eager to get overseas again.

But there are some risks to traveling to a foreign country. Aside from the usual problems such as tourist scams and pickpockets, there’s one issue that is often overlooked by international travelers.

Cybercrime has become more and more common in recent years, and if you’re going to be traveling, you’re likely to be more exposed to it — keep reading to find out why.

The best way to protect yourself against cybercrime when you’re abroad is by using a Virtual Private Network, also known as a VPN for short. If you’re unsure about this cybersecurity tool and what it does, make sure you read until the end of the article to see why it’s the perfect digital travel tool.

The Dangers of Traveling

You might not know it, but whenever you travel to a foreign country your device — whether it’s a laptop, smartphone, or tablet — is more at risk than usual. It all comes down to the fact that we often need to use public WiFi hotspots, such as the ones found at hotels, restaurants, and airports.

If you’re in a foreign country you won’t be using your mobile data plan because of how expensive the roaming costs are. This means that you’re likely to try and get connected to any WiFi that you can find to catch up on your social media news feeds or send some photos to your friends and family.

Unsecured networks are a risk to your device because they leave you exposed to cybercriminals. Your personal information and anything you send or receive are at risk of being stolen on an open network. That’s because cybercriminals can “listen in” on data that is being sent or received to any other device on the same network. This digital eavesdropping is extremely dangerous, and they could steal anything from your login credentials to personal information, and even your banking details.

Even worse is that you will be in a foreign country with limited internet access, meaning you likely won’t spot the crime until it’s too late. If a cybercriminal has gained access to your bank account, for example, they will change your password to lock you out of your account. From there they can transfer money, approve transactions, or simply make purchases using your account.

What is a VPN?

That’s where a VPN comes in. This handy cybersecurity tool can be installed on your device, and it’s the perfect way to keep yourself safe while using unsecured networks. As long as your VPN is active you’ll be safe from cybercriminals trying to eavesdrop on your device.

While your VPN is activated, your connection will be encrypted which will make it more secure. With an encrypted connection, no one can see what you are doing on your device. Not even your internet service provider or the government will be able to keep track of your internet traffic. In other words, a VPN will give you unrivaled privacy and security on your dev

There’s another helpful feature that a VPN has though — it’s the ability to change your virtual location. Your VPN can connect to secure global servers in another city or country around the world. When this happens, your real IP address is masked, and your device will adopt the IP address of the server that you have connected to.

An IP address is a unique string of numbers that is used to identify your device on the internet. One of the most important jobs that the IP address has is to identify your location and provide that information to websites — the ability to change this can also help you when traveling.

Other Benefits of Traveling With a VPN

The best advantage that you’ll get from traveling with a VPN is the peace of mind that your devices will be secure and that your privacy will be top-notch. However, you may encounter some other problems when traveling abroad, and this is where a VPN can provide you with even further benefits — truly living up to its name as the essential digital travel tool.

Some countries use internet censorship to block anyone within their borders from accessing specific content on the internet. The reasons why internet censorship is employed vary from country to country. But the main reasons are usually related to politics or religion. Either way, you may come across this concept if you’re traveling in a foreign country, and this could prevent you from accessing your favorite websites (even social media and news websites in some cases). If you’re using a VPN though, you can connect to a global server in a different country and surf the web as if you were physically in that country, completely bypassing internet censorship.

The same concept applies to geo-blocking. This restriction is frustrating for many people who try to access live sports streams, YouTube videos, and even some news articles. Geo-blocking is used to prevent anyone outside of a specific region from accessing a web site’s content — for example, you can only access ESPN live streams from inside the US. All you need to do is change your IP address to one in the United States and you’ll bypass geo-blocking!

Final Checks Before Your Travels

It might sound simple enough to just install a VPN on your device while you travel. However, there are some important factors to consider. The first is that you should avoid free VPNs as they come with drawbacks such as slower connection speeds, more ads, fewer global servers to choose from, and daily data limitations. You should also install the VPN on your device before traveling as some countries block websites that allow you to download VPNs — making it impossible to download them while you’re traveling.