Nowadays we live in a digital world of many possibilities. Thanks to globalization, technological development, and most importantly the internet, we have more opportunities than even kings and rulers in the 15th century did. We can entertain ourselves by watching the newest movies or TV shows or playing computer games, educate ourselves by listening to the best lecturers around the world, meet people from all around the world and even make money and have a business. All of this comes with having a computer and the internet and sitting at home (most of the time).

Unfortunately, despite the perks, the long hours spent on the computer or watching TV have caused vision problems for many people these days, so they should ask how do i know if i need computer glasses. Also, when people get older, their eyesight worsens regardless of whether or not they have read a lot or watched a lot of TV. Luckily for them, today we have many ways to fix bad eyesight, such as contact lenses from https://www.contactlensesplus.com/, glasses, or even eye surgery. While there will always be people who choose all of these solutions at different times, there will be those who prefer glasses. Let’s talk about glasses and the next big thing that is coming for them.

Image credit: Caleb Woods
The history of glasses dates back to the 10th century, when Alhazen improved on Ptolemy’s suggestion to use convex lenses that magnify images. In the 13th century, glasses were invented, although all the early ones did was enlarge images. Only in the early 19th century were lenses for correcting astigmatism designed. A century later, Moritz von Rohr and Carl Zeiss (with a few others assisting them) created the Zeiss Punktal spherical point-focus lenses. Those were used until 2008, when Joshua Silver designed adjustable corrective glasses.

Today’s eyewear has come a long way to reach this point. Lenses are now designed with the precise combination of corrective properties each patient needs, but there is much more to glasses than that. The quality of frames has also increased, with the introduction of special memory metal that returns to its place after being bent. Strong but lightweight alloys withstand the stresses of daily wear. Not to mention the ever-growing range of designs to suit each wearer’s taste in fashion!

The Current Purpose of Glasses 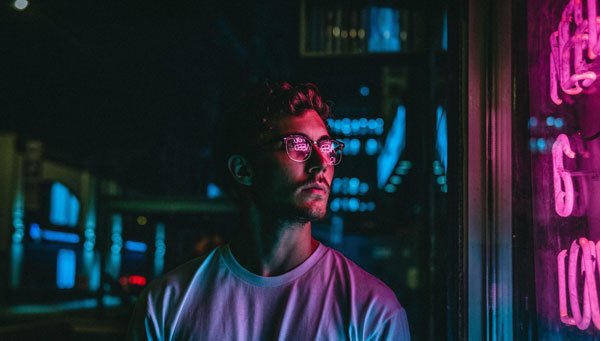 Image credit: Chester Wade
Current prescription glasses have one main purpose and that is to make people see better. They do so by correcting refractive errors: the lenses bend the light entering the eye. Different types of glasses alleviate the effects of different conditions – such as farsightedness, nearsightedness, or astigmatism – resulting in better eyesight. Another common condition requiring glasses is presbyopia, the weakening of the eyesight that occurs in people starting at about forty years old.

Besides improving vision, today’s glasses also serve as a fashion element, an aspect for people choosing between contact lenses and glasses to keep in mind. Some people consider glasses a key part of their appearance, because of the way their glasses complement the shape of their face. So far, vision and appearance are the two main purposes glasses serve. Luckily, there are a few developments that people will be seeing (pun intended) in the near future.

The Next Big Thing 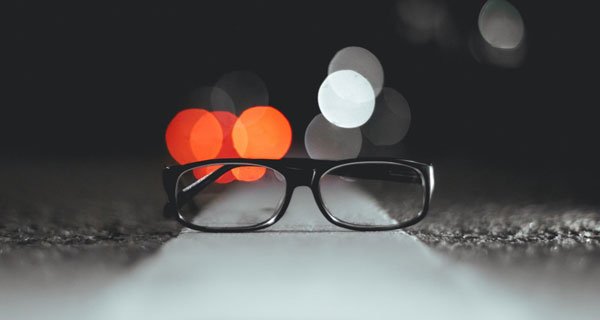 Image credit: Ameen Fahmy
The next big thing coming to glasses is their being “smart.” Google attempted to make that happen with a project called “Google Glass,” but the project failed. Luckily, Intel stepped into the game, making a working prototype called Vaunt in early 2018. The device uses retinal projection to display information right into your eyeball, while maintaining the design of ordinary eyewear. After some years of development, we’ll be able to use the glasses to read messages and news, watch live videos, and of course be a step closer to augmented reality, which is a mixture of the real and the digital world.

Another big thing is the approach of radical transparency, a term that refers to the increasing openness of businesses, politicians, and software, among other things, to their users. Transparency creates meaning and stands for specific values, which people can support and actually be part of. The glasses company Bloobloom is a good example of this approach. Not only do they deliver excellent customer support, but they also reveal how much money they make and how much it costs to create different models of glasses. They also have a special program for using their revenues to provide free glasses to people in need. In this way, glasses are starting to serve a third purpose – to support specific values.

Glasses have changed a lot from when they first were created. They have improved in both functionality and quality. Moreover, the evolution of glasses gave birth to other vision alternatives, such as contact lenses and eye surgery. Nevertheless, there’s still plenty of room for growth and development in the glasses industry.

Glasses can now serve as a sign that one supports such values as sustainability or making an impact. In the future glasses might even serve all functions in our daily lives that smartphones do now.