Photoshop is the bee’s knees in terms of image editing software. Its popularity and relevance has been elevated to a point where the name of the program was turned into an actual verb, similarly to Google’s trajectory. In 2016, we google photos of models and find nothing but photoshopped pictures. Dictionaries everywhere are getting a serious makeover.

But just because it’s popular doesn’t mean that Photoshop is necessarily accessible. It’s known to weigh pretty heavily on the memory of computers, may take ages to load, and all of these happen in the fortunate scenario that the software is actually compatible with your program. This goes without mentioning the fact that it doesn’t come for free (close that torrent page right now, rogue one).
So, whether you’re making a change in your photo editing programs or you’re just starting out and wish to dip your toes in simpler (and freer) waters, these are the best alternatives to Photoshop.

GIMP is the program most mentioned when in need of providing a Photoshop alternative. This is because it’s free while also being the closest thing to Photoshop in terms of the sheer array of features and tools available. For Photoshop oldies, there is even a GIMP version that tries to resemble its interface to make navigation easier.
Sure, it’s a great starting point for those wishing to begin editing their own images, but GIMP offers more than basic enhancements, brushes, and colors – it’s also one of the few editing software that provide a GIF-making feature almost as reliable as Photoshop’s.

With Pixlr you will never need to worry about software compatibility ever again. This is because you don’t even need to download it – Pixlr, in all of its varied forms and versions, is a web-based program. According to the level, knowledge, and requirements of the user, it comes in two versions which differ in difficulty and the set of features provided.
For those wishing to make some basic adjustments and enhances, Pixlr Express is the best option you could have. You simply need to open your browser, access the page, load the photo, tweak it a bit, save it in JPEG format, and you’re done. On another hand, we have Pixlr Editor, which is pretty much the web version of Photoshop. It’s not recommended for newbies because tutorials on how to use Pixlr Editor are nonexistent.

For the longest of time, before diving into Photoshop, PhotoFiltre was the one to use. And even now, years later, we look back on it and realize that it really wasn’t a bad choice at all. The program is free and fairly easy to use and understand. It has an interface that’s rather simple to adapt to even for first-time users. The upside is that you will definitely find tutorials to help you get through it.
PhotoFiltre is great for basic modifications, but it’s also a good platform to make collages and other “specialized” edits. It’s not too certain whether you can cover up pores and skin issues, but you can definitely use it as a coloring canvas.

Serif’s Affinity Photo is actually the most accurate Photoshop alternative. The only reason why it dropped so low on the list is because it has quite a few limitations. For starters, it’s currently available for MAC users only. Another reason is that it resembles Photoshop too much, in the sense that it’s mostly aimed at professional photographers and image editors.
On the upside, Affinity Photo promises to do everything Photoshop does but better. Among its key improvements we count better speed, fewer crashes, and unlimited undos, which, let’s face it, are the most frequent complaints of amateur Photoshop users who have not researched how to do it.

Another strictly MAC program, Pixelmator is actually an application built on Apple’s iOS and integrated with the rest of its features. It seamlessly connects to the likes of iPhoto, Aperture, and iCloud, making it easy to access photo galleries and to tailor the editing program to your needs and desires (let’s not mention the safe backup of iCloud).
Pixelmator isn’t necessarily impressive with its number of features, being mostly limited to basic features such as drawing, painting, and retouching photos. But the good part is that they pay a lot of attention to these features, so they’re extremely high-quality.

Alternatively, we have a Windows-only editing software – Paint.NET. As the name suggests, it was initially created as a replacement for the Windows built-in program Paint, but it gradually evolved into an editing software of its own.
So, if you’re concerned that all you’ll be able to do involves badly draw things on photos, don’t worry. Paint.NET offers a variety of features, including colorings and enhancements, in exchange for zero money and integrated into an interface that’s easy to navigate and use even for newbies.

For those that believe that pricing does dictate quality and performance, PaintShop is going to require quite a lot of money out of your pockets, but it will definitely be worth it. The program has been around the block since 2007, constantly growing according to customer feedback and requests.

PaintShop doesn’t work based on the typical layer formula, but it wholly makes up for it with the advanced features and options, some of which involve recording scripts for repetitive actions and ultimate vector features. The software also supports Photoshop brushes, which means that the number of things you can do with PaintShop is even bigger.

Photoshop is a professional software that requires an investment and time to learn it. However, never forget that there are alternatives for those who do not want to strain their budget or dive too deeply into image editing. There’s always a simpler way. 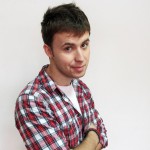 Mike Jones is a Boston University graduate, with an MS in Mass Communication. He is a full-time writer, passionate about entertainment and photography and also a contributing editor for VirtualPhotographyStudio.