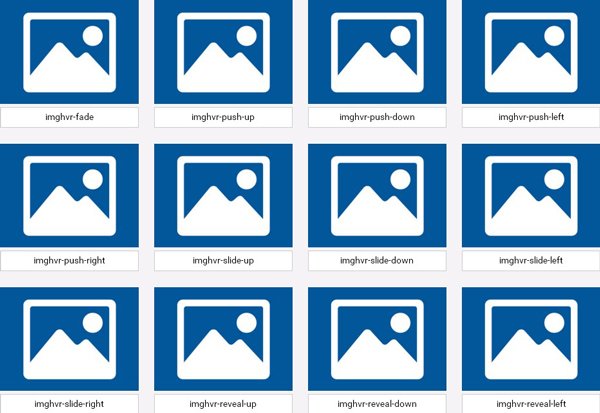 Imagehover.css is a lovingly crafted CSS library allowing you to easily implement scaleable image hover effects. You can choose from over 40 hover effect classes from a CSS library weighing in at a minified size of only 19KB.

Once you have included the imagehover.css. Place the following markup in to your HTML document. Edit the URL to your image and add your hover content. Then simply set the imagehover.css class of your choice to the containing figure element.

Imagehover.css relies heavely on some CSS3 features including pseudo-elements, animations, transitions and transforms. Some older browsers will have limited support of these features.