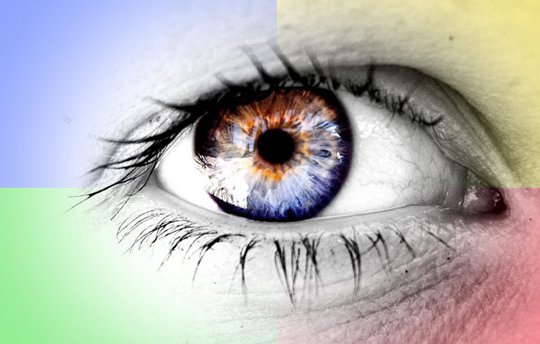 Because design is the marriage of fashion and function, there are numerous concessions that the designer must make to his or her unique vision, in order to make a piece of work widely usable. One of these is considerations is in the realm of color. Most human beings perceive color, though there are some people born with truly “monochromatic” color perception. However, there is a not insignificant subset of individuals who perceive color less accurately than the general population.

Approximately 8% of males and 0.5% of females suffer from colorblindness. Though there are many different variations, and distinct forms of colorblindness, there are certain cardinal traits that appear in most so-called “colorblind” people. “Colorblindness”, as a term, is something of a misnomer. It’s instead better understood as a lack of color perception sensitivity. If you, a designer, could correctly differentiate up to a million colors, a colorblind person might only be able to differentiate 30,000.

There are some specific places where colorblind individuals run into trouble, when trying to use interactive designs on websites and other places. Typically, it’s pretty easy for a colorblind individual to tell the difference between two colors, when one is light in shade and the other is dark. But when two colors are roughly the same shade of color, even when the base colors are as different as red and yellow, this is where trouble happens. The issue is further compounded when colors become more similar in applications like hover shading. A dynamic color shift may render a bit of text invisible to the colorblind user.

Many design firms accommodate the needs of their colorblind user base as a matter of course. Web design companies Belfast are an example of places where this has set in for general company policy. But many solo designers, and many small or growing firms, don’t take colorblind users into account. It’s not for lack of kindness. It’s simply a lack of understanding of the problem. The average web designer has among the most acute color perception of any population. If he or she creates work that appeals only to individuals with equal perfection, this otherwise high-quality work will be rendered useless to many others.

For blogs and websites which are trying to grow and increase traffic, a re-design to accommodate colorblind users is a necessary step at some point. Because people on the colorblind spectrum represent literally millions of people, an entity that is going to achieve maximum exposure must retrofit their visuals at some point to open the door to users with all range of color perceptions. Many blogs and websites don’t have visual design as their highest priority. That’s why a general awareness of design standards, or the employment of someone with said awareness, is vital for the long term success of your average finance blog or dating site.

The plight of the colorblind in a multi-hued world is unlikely to become a general consideration for most of the population, but designers will do well to bring it to mind when creating work for the general public. It’s thoughtful, and it could yield better performance to a whole host of apps, websites, games, and other interactive design.