As a kid, I saw the Volkswagen Beetle as an actual, gigantic beetle. It was so cool that every time I’d see one on the road, I’d just peek through the window in amazement. It’s actually one of the few cars I’d want to own. The VW’s beetle has everything that I want – It’s compact, not too big, and it comes in different colors (actually, any color fits it perfectly).
VW’s Beetle is probably one of the most recognizable automobiles in the world, together with the Batmobile. It has become closely related to two major subcultures from the 1960s – the Hippie movement and the Surfer culture. The Beetle was easily recognized as a vehicle capable of carrying groups of people (i.e., carpoolers, hippies, surfers) and transporting large and multiple items (i.e., surf boards, skate boards).
Volkswagen, having only $800,000 for marketing, hired the Doyle Dane Bernbach (DDB) advertising firm. The firm’s unique black-and-white style, combined with humor and irreverence, provided the marketing springboard that VW’s Beetle needed. Thanks to the initial success of DDB’s ad campaigns, the Beetle became a top seller in the U.S. automotive industry.
To show you how good and effective DDB’s VW Beetle campaign became, here are some of their print ads from the 1960s: 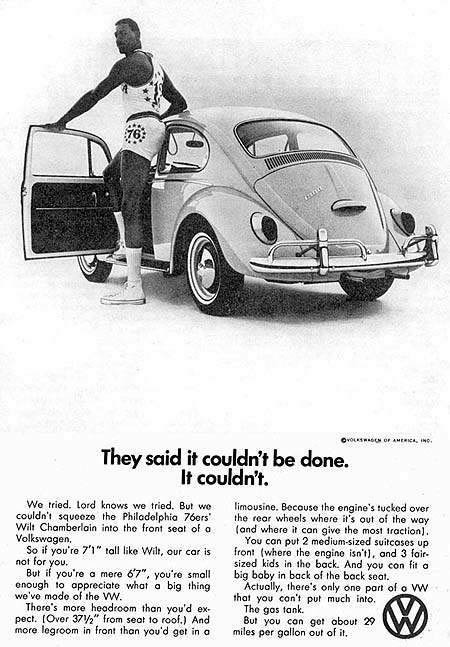 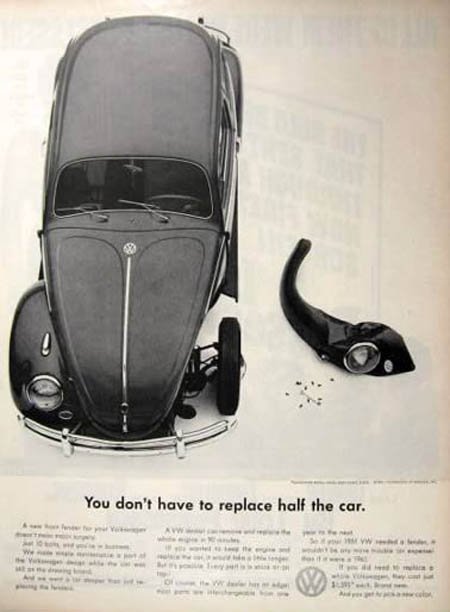 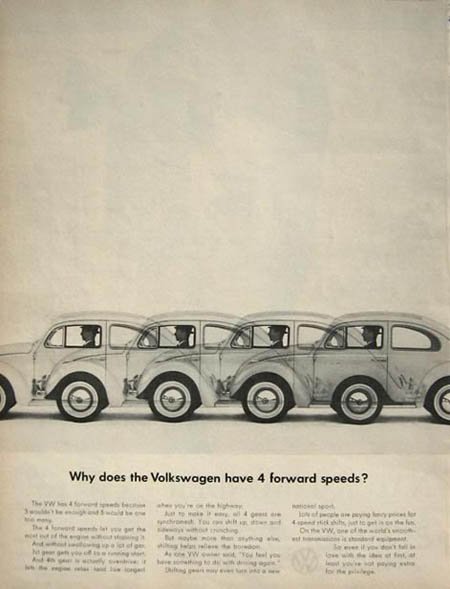 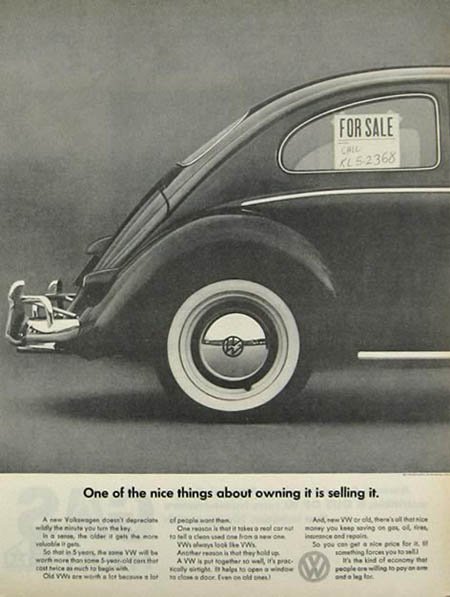 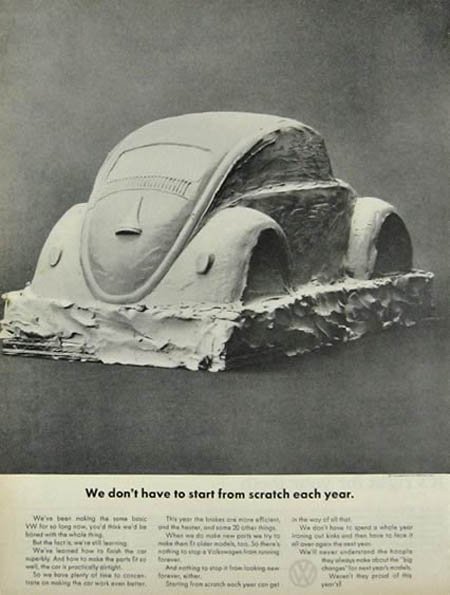 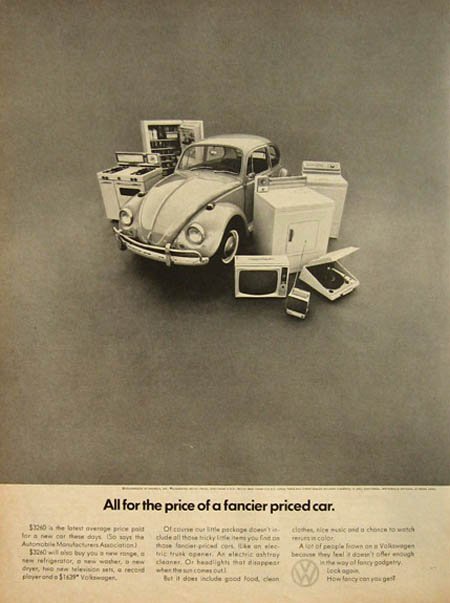 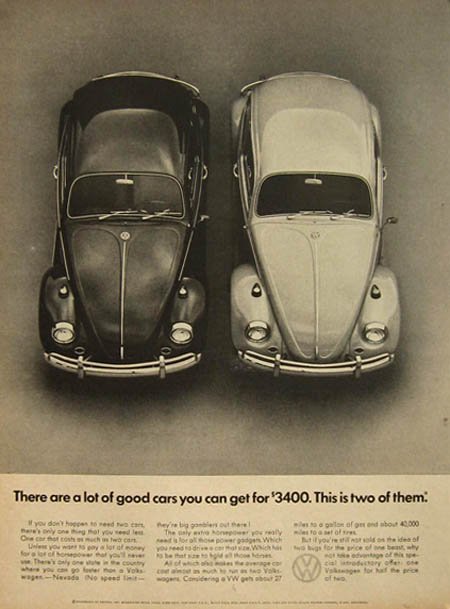 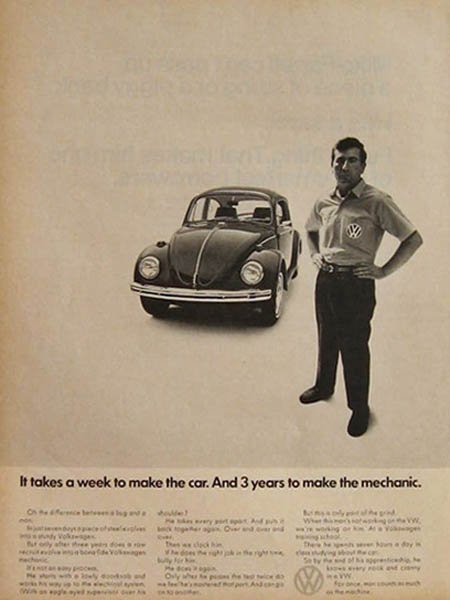 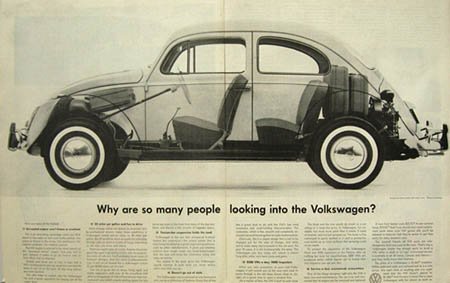 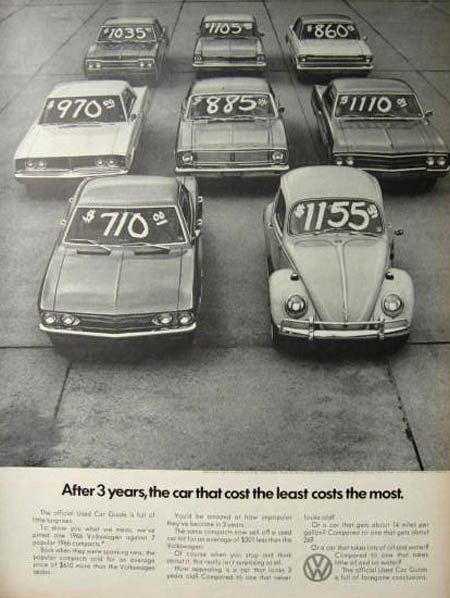 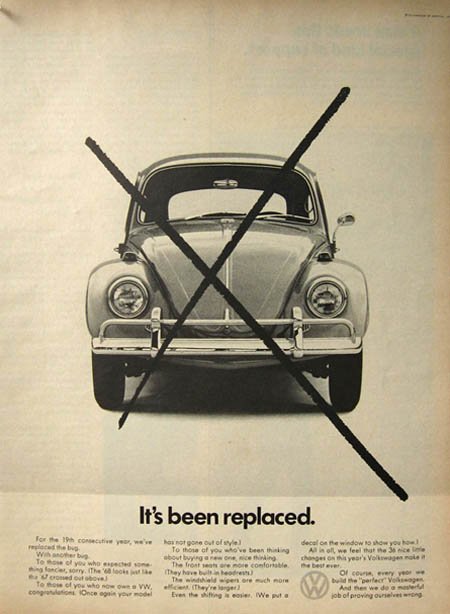 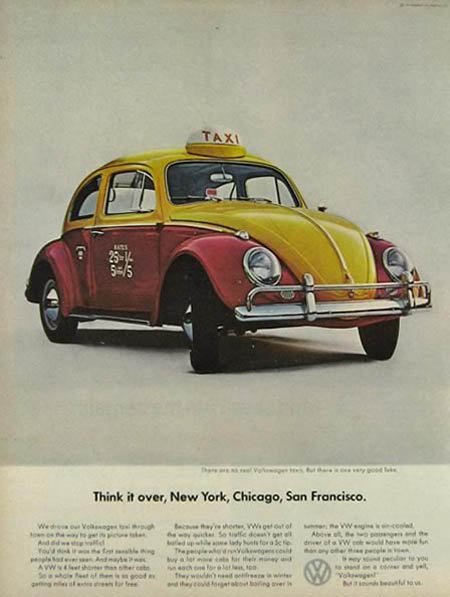 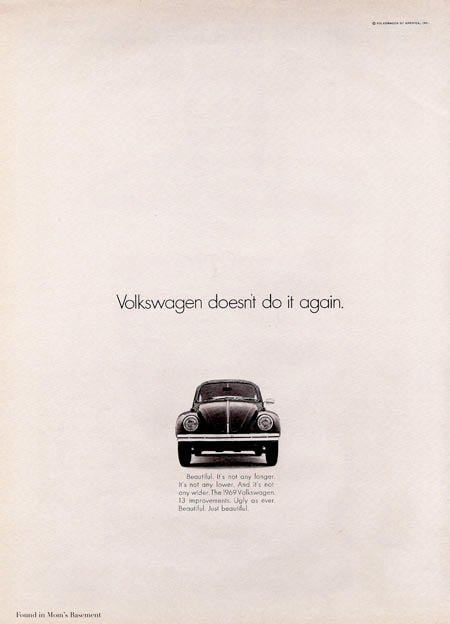 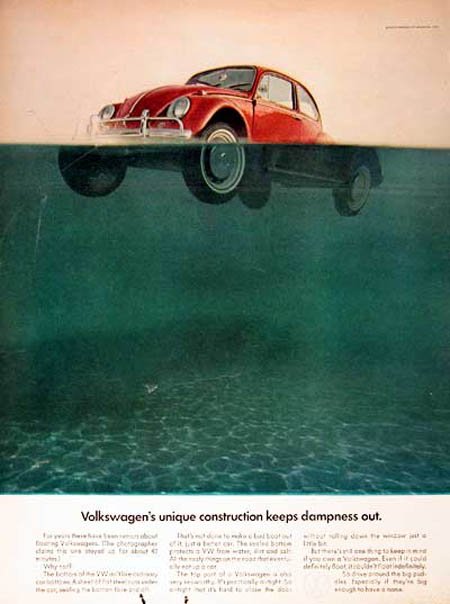 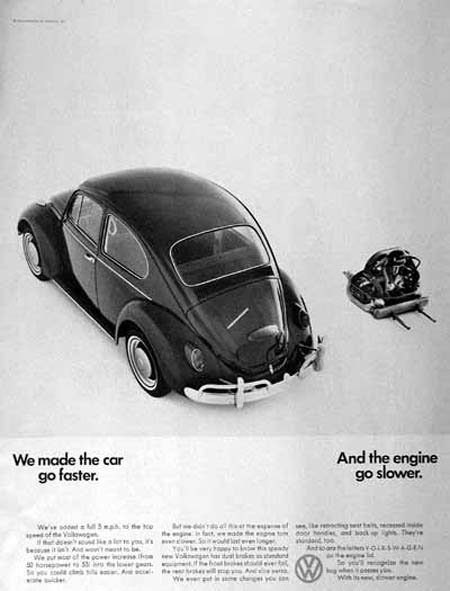 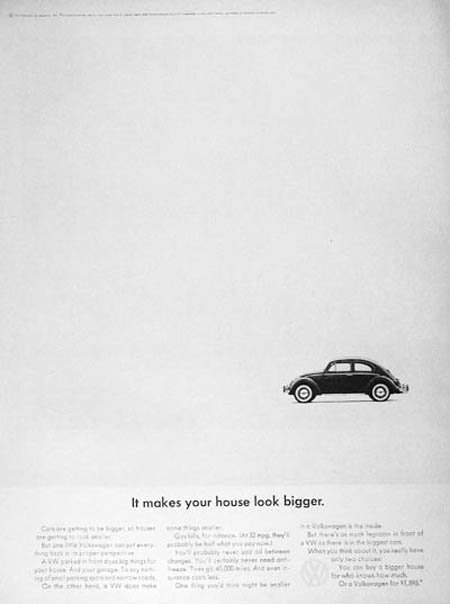 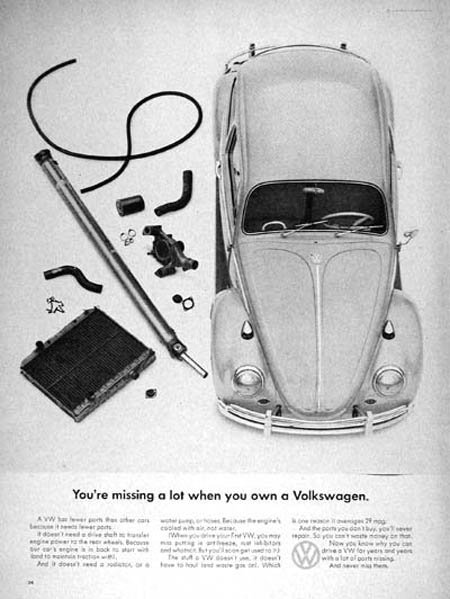 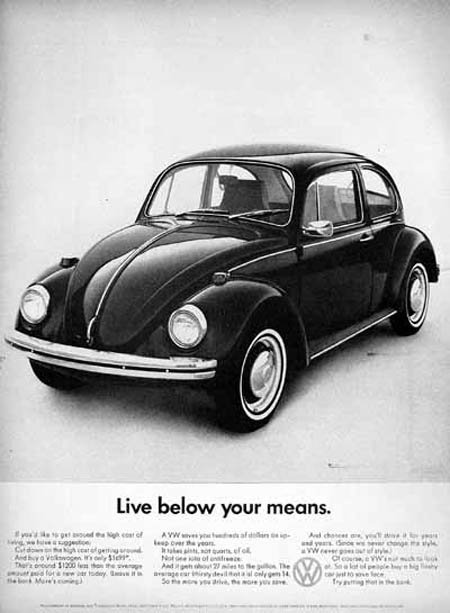 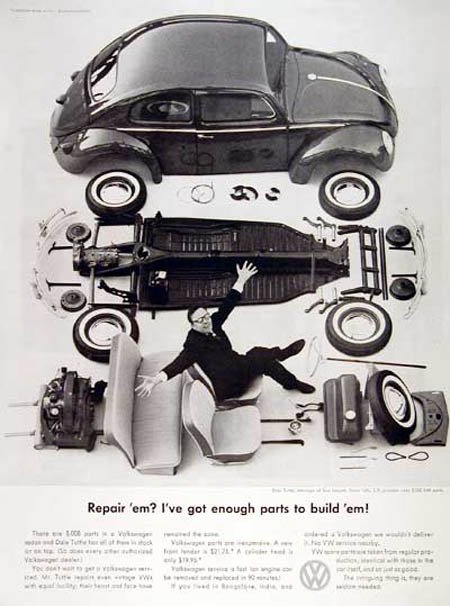 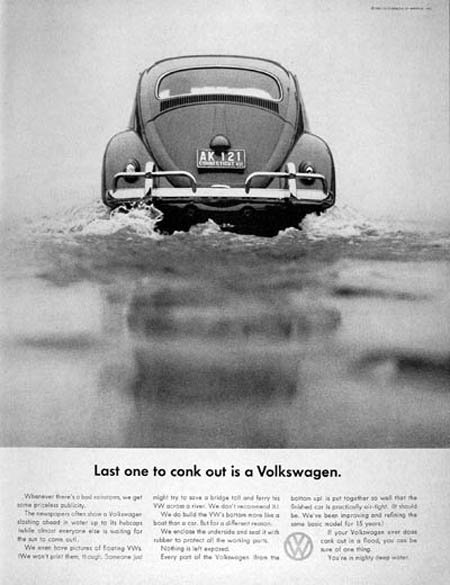 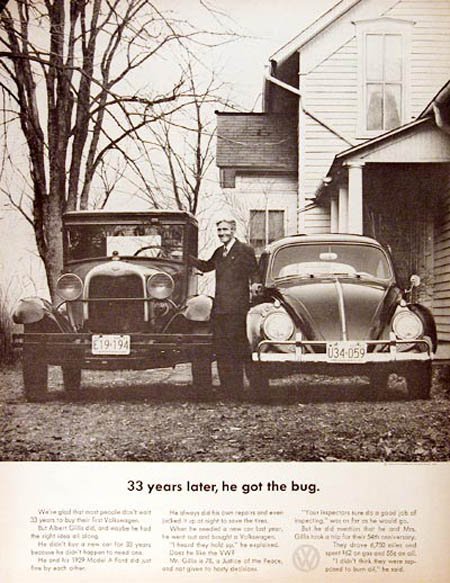 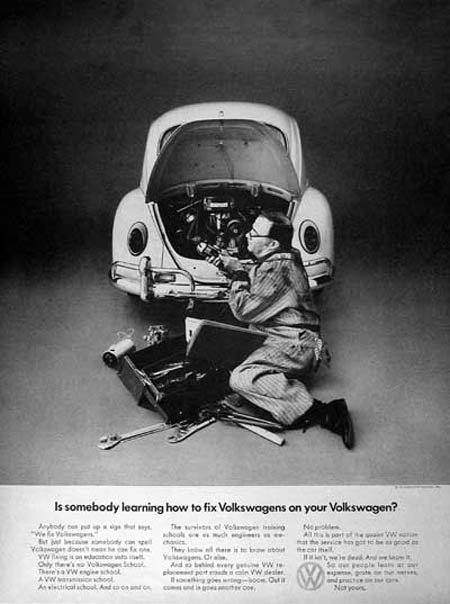 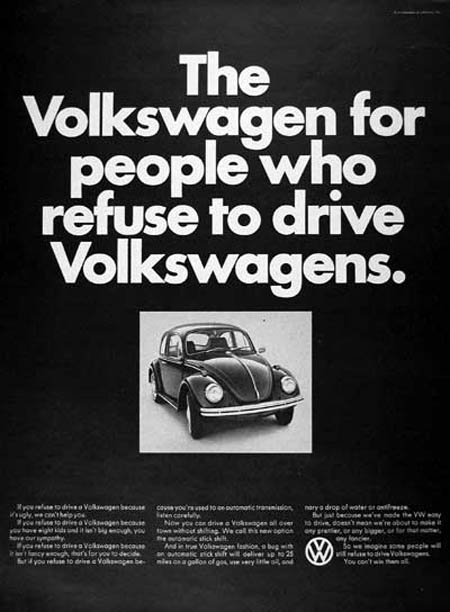 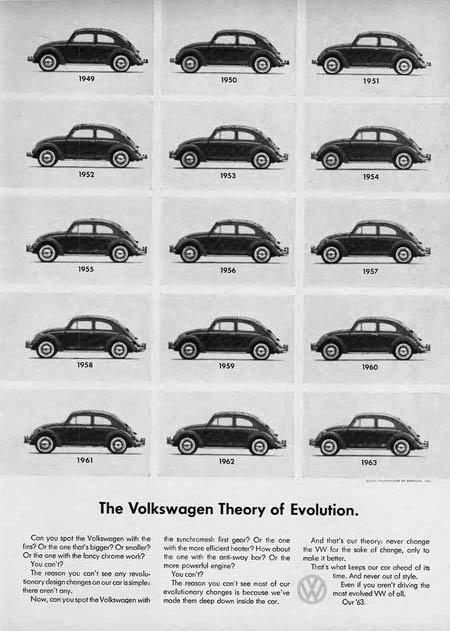 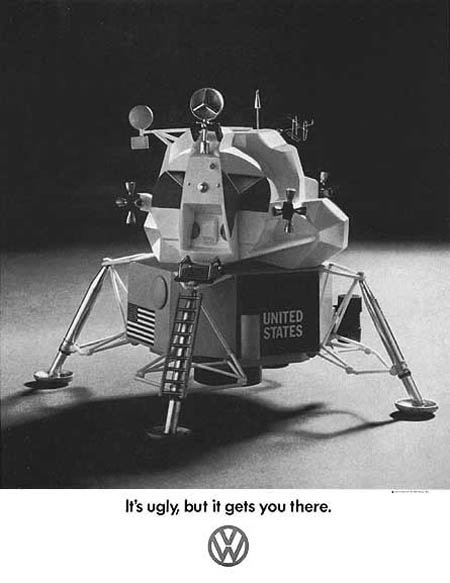 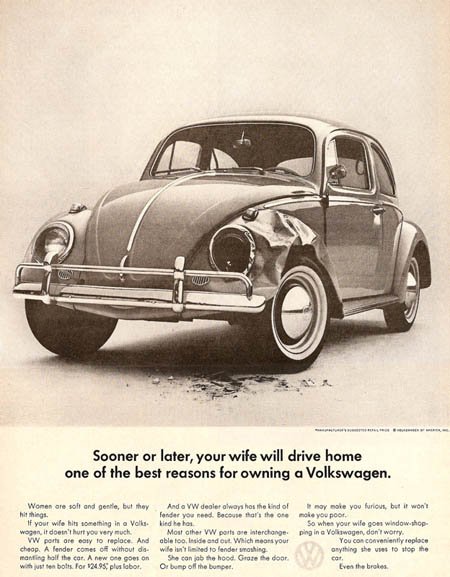 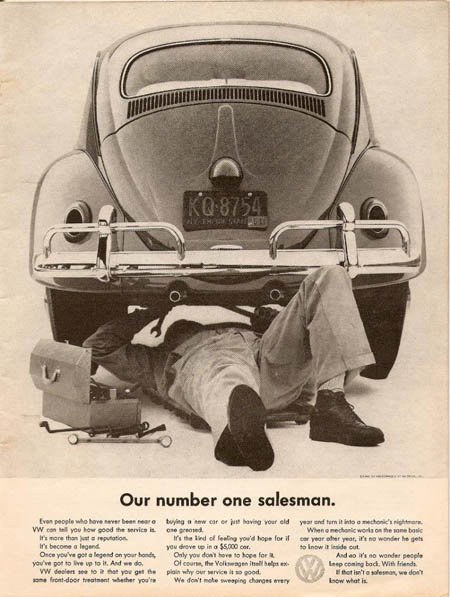 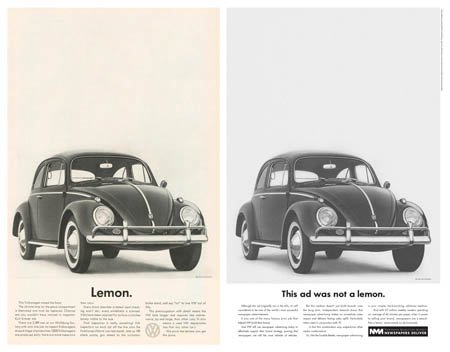 Thanks to the innovative success of the Beetle, different changes occurred in two important industries in the U.S. – the advertising and the automotive industries. In advertising, DDB proved that a new approach was needed within the industry and made the VW ads as an informative and humorous tool that’s both appealing to VW owners and prospective buyers. In the automotive industry, Volkswagen introduced a unique design in building automobiles, from the Beetle’s unique and quirky shape to its engine and chassis.
Sad to say, I can no longer own a brand new Beetle since VW stopped the production of the classic Type 1 model. It’s also sad that the old yellow autobot is now a muscle car, no longer the curved, loveable, and compact car that I knew as a kid.
If you’ve got posters or other print ads for the VW Beetle, share them with us through the comment section below. 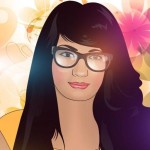 Cadence is a senior blogger at You the Designer ,a graphic design blog that features news, tips, trends, and tutorials for designers. Her quest to share her appreciation of photography has led her to contribute articles for different sites. Cadence is also interested in poster printing , business, and advertising side of things, being a wannabe marketer herself.