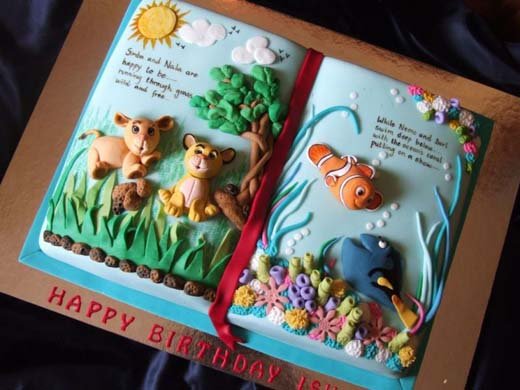 Human creativity has no limits.We see unusual but beautiful things all over the world and all are first created in mind then comes in front of us.While surfing inside Flickr for some other photos i came across some unbelievably creative cake designs which i thought it would be good to put them together and share with you.There are some companies which they create these kind of cakes and maybe one day you can also make surprises to your friends or family members.Also some people design these cakes as a hobby so get some inspiration!!

Day of the Dead Cake by The Bleeding Heart Bakery

Frog Cake by the cake maker

How Much Cats Love Fish by Cécile Crabot

CHRISTMAS IS COMING! by Smallthingslced

Bed Cake by Lisa B

The Madhatter by Christina

Remy and his Le Creuset Pot by Nati’s Cake

5 Little Monkeys Jumping on the Bed Cake by Gene Eiseman

Sewing Basket Cake by Lisa B

Shoebox and Stiletto Cake by Julie