The Apple App Store has been an incredible success since its launch with more than 30 billion apps downloaded to date. It is estimated that there are now 650,000 different apps available to purchase in the Apple App Store. Experts suggest that there will be more people connecting to the Internet through a mobile device than a regular computer which means that the amount of apps developed will go through the roof. Yet there are some legal issues you need to be aware of before committing to app development. We explore a few of these below.

Apple have great faith in humanity it seems since their legal guidelines suggest that app developers will know when they have crossed the line with regards to illegal content. Apple does state that apps containing sexual content as outlined in Webster’s Dictionary are not allowed. This is actually much less restrictive than Google’s Android Market which prohibits sexual activity, nudity and obscenity.

Apple’s is called the iPhone Developer Program License Agreement and it requires app developers to provide their own specific provisions in the terms and conditions surrounding the app. The technology used on the app can dictate these requirements. For instance, an app using certain GPS functions must have specified language in the associated terms. Interestingly, Apple also states that developers don’t actually need to include terms with their apps. However, by doing this, you are allowing Apple to use their own terms and conditions on your app. In some cases, deferring to Apple’s conditions may not be in the app developer’s best interests.

Before your app is released, it is important to get everyone who has worked on it to sign a Non Disclosure Agreement (NDA). This identifies the information that is considered to be confidential and ensures that all signees keep this information a secret for a specified period of time.

One App Fits All

The Mac App Store has license limitations on use but don’t have serialization systems of any checks to limit the number of copies that can be used by an individual at once. Essentially, it is all done on an honor system which you have no control over as an app developer. If someone wants to purchase your app and place it on his Desktop Mac, his son’s desktop and his wife’s laptop, he can go ahead. When it comes to protecting your app, it’s a good idea to add your own identity check as part of your terms. We already mentioned that allowing Apple’s terms to be the only ones you have on your app is not necessarily a good idea. There is no device limit on their default terms so if someone has 40 Macs and wants to install your app on all 40; they are free to do so.

As you are probably well aware, apps are no longer a novelty item; they are now seen as an important method of providing services or information to customers. At the start of the development process, you will need to look through the terms and conditions of the Mac App Store to ensure you are not crossing any boundaries. It can be a legal minefield so thread carefully. 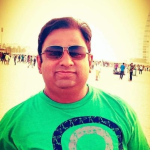 Hello everybody. My name is Robert Glass, I am a software engineer form San Antonio, Texas. Already for a few years I am working as a software engineer at Texas Instruments, and as well I am making certain efforts in acquiring some new skills in IT sphere in general and software engineering in particular. I often make visits to some known IT-topic exhibitions and other events, trying to widen my knowledge in this sphere. I like active rest as well – hiking, travelling, mountaineering and similar stuff. When I have some free time, I make small write-ups in my blog on mac-uninstall in order to systemize the info I receive on the events I visit. If you’re interested in this as well – feel free to join or repost.