A lot of people claim that nowadays children spend too much time using the Internet or the computer while neglecting physical activities. I am addicted to the Internet and, quite probably, I am subjective but it is for the best to educate our children and prepare for the future. I think anyone can imagine the future being pretty much the same as described in Star Trek and not a new primitive era… therefore teaching youngsters how to use new technologies isn’t a bad thing. The real issue is that the physical activities are neglected and the most relevant evidence is the rate of obesity all around the world. There must be a clear difference between getting in touch with the new technologies and the lack of any physical activity.

Anyway, this is a hot debate that won’t be solved so soon. Some people, usually youngsters, are turning into real gadgets and technology lovers and the society used to name them geeks. Maybe a few years ago they were disregarded (see the term itself) but nowadays geeks are an active part of society. They are for instance, in the mentality of the ordinary people, the ones that know when the new iPhones will be launched or how to setup various applications on their smartphones. The negligence of people determined a confusion that must be solved: web designers are not geeks. Yep, it’s true, there are many similar characteristics of these two “kinds” of humans but there are also differences that are too important not to be taken into account. This post has the main purpose to present these two profiles to make a better idea about them; I encourage everyone to come with his own opinions, the more the better!

The profile of a geeky person

A geeky person is interested in technology and gadgets. The huge expansion of the smartphones and handheld devices bring him a special position into the society, he may advise people what gadgets are the best for a specific situation or individual.
Usually, they are engineers or programmers and the huge majority of them do not fully base their activities on the Internet.
They use the Internet and web applications; very few add new online presences.
Usually, a geek is associated with the hardware development.

The profile of a web designer

A web designer is professionally dependent on the Internet, without it, he has no field of activity.

– A web designer is a designer that creates websites. It may happen that a web designer is only able to create only layouts and have superficial knowledge about coding.
The same as people are the work subject of a physicist, the Internet is for a web designer.

– A web designer uses software like Adobe Photoshop or Illustrator and isn’t required to have a background in hardware solutions.
Definitely, to pencil the profile of a geek and a web designer requires a lot more features but these are the most important ones.

The differences are pretty clear and I will highlight these here:
– A web designer uses the computer and nothing else while a geek is very interested in its components or how to improve it;

– A geek may or may not to be interested effectively in the Internet, he is attracted by the novelties, usually by the gadgets, cool applications or new technologies. A web designer job is totally related to Internet.

The supreme dream of a geek is to create a new revolutionary gadget while a designer is merely trying to create the perfect layout.
Nevertheless, there is no smoke without fire. This wrong association is based on some presumptions as:

– both of them are very passionate about their work;
– common people hardly understand their jobs;
– their fields of activity are relatively new.

Right now, I hope that you may make a clear separation between a web designer and a geek; if you are unsure about something, feel free to use the comment form and I will be very glad to explain your misunderstandings.
The strange part is that in a few years the separation between them will be very difficult to notice or it won’t even exist…!

2012 is the year that cemented a new conception in making websites. The precedent web design techniques were updated to may create new awesome websites that should be perfectly rendered no matter the type of device accessing the website. The web designers (and not the geeks) name it “responsive design” and they work harder to resolve any issue regarding it.
Therefore, a website must be fully accessible from various devices, from tablets and notebooks to smartphones and of course, the old laptops and desktops. Under these circumstances, it‘s logical for a web designer to became more interested in the new technologies…so he may turn into a geeky web designer! Personally, in this manner I see the future, a web designer won’t be able to create awesome and accessible websites without having knowledge in smartphones and other devices enabling Internet connections.

What do you think, am I wrong? How do you imagine the profile of the future web designer? If you have any troubles with preparing your own case study, contact custom case study writing service here and let your paper written from scratch. 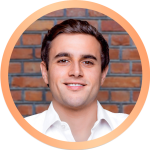 Evan Varsamis is the Founder and CEO of The Gadget Flow and Awsmcode. He has a background in Graphic Design and Web Development but also in SEO and Speed Optimization. His goal is to create clean and responsive websites with unique and high quality content. Follow him on Twitter @smokingdesigns.