Education has become increasingly dependent on the Internet and digital formats – especially higher education, though high school courses and even some elementary classes are provided through the web. It was an inevitable evolution, thanks to the capabilities of information sharing and communication online – even more so now that large video file uploads and live streaming are a reality.

These 10 infographics discuss different points about this topic, seeing how digital technology has changed education. They pose the question: Is this evolution positive or negative?

How Higher Education Is Going Digital

Accepting that the change to digital has already occurred, this infographic shares some of the information on the different ways that this is being utilized. It shows the benefits of ebooks over textbooks, explains the educational capabilities of different tablets like the iPad and Kindle, and provides various tools. These include teaching tools for educators, as well as rental and information applications and services for students.

The State of Digital Education

Citing both increased dropout rates and the increase in modern technological capabilities for the “disruption” in the education industry by the Internet, this focuses mostly on the changes in education as a business. It shows the rate of dropouts and how many of those students are now turning to digital education. It also covers issues like teachers who use online learning tools, the varying costs of digital vs. traditional learning, the ability to personalize education and more.

Based entirely around survey answers from teachers at various grade levels, this infographic asks the question of how different elements of education have been improved by technology. The majority of educators seem to feel that there have been major improvements since the introduction of digital learning to mainstream American schools.

The name of this one is a little misleading, because for many schools, digital textbooks are already here. But it is an isolated phenomenon in the United States, while in regions like South Korea it is a mainstream form of distributing materials. Claiming a 53 percent savings average for those who decide on textbooks through digital formats, this inforgraphic gives statistics on the benefits of adopting ebooks as a standard in American schools. It also provides a prediction on what the “textbook of the future” will look like.

How Technology Is Facilitating Education

Introducing the concept of the “student cyborg,” this graphic expresses the view that students are becoming ever more dependent on technology to function in an educational setting. But it shows how faculty are taking advantage of this fact. It is slightly outdated, but shows a good progression taking place since 2005.

The Evolution of Classroom Technology

Beginning in the 1800s, this gives a brief view of the evolution to modern technology in classrooms. It includes the use of early computers to the current trend of social communication online and the integration of the concept into today’s learning experience.

The Evolution of Technology and Education

A bit more concerned with the full evolution of technology and the positive on education, this infographic shows the major inventions that have moved man along – especially where the sharpening of the human mind is concerned. It also points out the trends, such as moving from a male-dominated world of education, to what it is today, fully inclusive in most regions of the world.

How the Internet Is Changing Education

Clearly pro-digital learning, this infographic makes the argument that Internet learning has revolutionized the way education is addressed by the individual. The biggest point made is that traditional education forced all students to learn the same way – which, while allowing some to thrive, would leave others behind, whereas digital education provides a moldable form of learning for any student to customize that best allows them to learn.

How Digital Devices Are Reshaping Education

While some believe the dependence on technology is a negative influence on modern students, this infographic was made to argue the opposite. It believes that statistics prove digital devices are simply reshaping and improving the student’s ability to learn. as long as it is properly utilized within the education system.

Showing the massive jump in online course enrollment since 2009, with more than 10 million additions just until 2011, this looks at the difference between traditional and digital students. It also provides elements of the debate, like facts on retention and graduation rates, the most popular degrees and more.

Digital education is definitely the way the future is heading, especially with schools struggling under budgets that are not tailored to provide what our youth need. While it might not be the education of yesterday, it offers opportunities that many might not have otherwise had.

What are your views on digital education? Let us know in the comments. 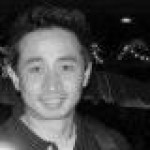 Tom is the SEO manager at PsPrint, an online printing company specializing in brochure and poster printing among other popular services. Follow PsPrint on Twitter and Facebook